Harry ‘ The Hipster’ Gibson is your feature artist on this week’s Greg Poppleton Phantom Dancer. You’ll hear him play two of Bix Beidebecke’s famous piano compositions, In a Mist and Candlelight on live 1944 radio.

The Phantom Dancer, your non-stop 2 hour mix of swing and jazz from live 1920s-60s radio, is produced and presented by 1920s-30s singer and actor Greg Poppleton can be heard online from 12:04pm AEST Tuesday 5 May at https://2ser.com/phantom-dancer/ 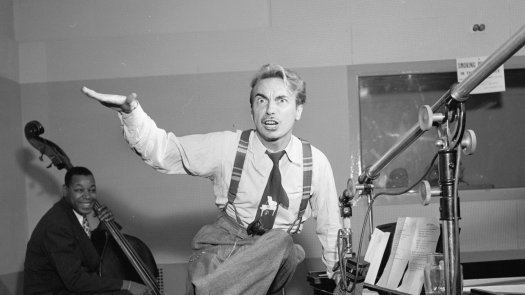 Harry “The Hipster” Gibson was a jazz pianist, singer, and songwriter. Gibson played New York style stride piano and boogie woogie while singing in a wild, unrestrained style. His music career began in the late 1920s, when under his real name, he played stride piano in Dixieland jazz bands in Harlem. He continued to perform there throughout the 1930s, adding the barrelhouse boogie of the time to his repertoire.

Gibson was fond of playing Fats Waller tunes, and when Waller heard Gibson in a club in Harlem in 1939, he hired him to be his relief pianist at club dates. Between 1939 and 1945, Gibson played at Manhattan jazz clubs on 52nd Street (“Swing Street”). Harry took the name “Gibson” from brand of gin. 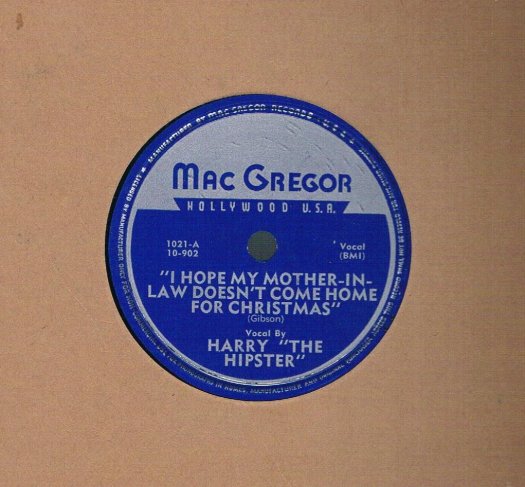 Gibson was known for writing unusual songs considered ahead of their time.

He recorded often but there are very few visual examples of his work. In 1944 he filmed three songs in New York for the Soundies film jukeboxes, and he went to Hollywood in 1946 to appear as himself in the feature-length film musical Junior Prom. He preceded white rock-and-rollers by a decade: the Soundies he recorded are similar to Jerry Lee Lewis’s raucous piano numbers of the 1950s.

For all his wild-man theatrics, Gibson demonstrated remarkable discipline. While working on “Swing Street” at night, he was a fellow at the Juilliard Graduate School during the day. At the time, Juilliard was strictly a classical music academy; Gibson excelled there.

Like Mezz Mezzrow, Gibson consciously abandoned his ethnicity to adopt black music and culture. Gibson grew up near Harlem in New York City and his constant use of black jive talk was not an affectation; it was simply something he picked up from his fellow musicians. In his autobiography, Gibson claims he coined the term hipster between 1939 and 1945 when he was performing on Swing Street, and he started using “Harry the Hipster” as his stage name.

He recorded “Who Put the Benzedrine in Mrs. Murphy’s Ovaltine?”, released in January 1946 and radio stations across America refused to play it, resulting in his being blacklisted in the music industry. Although Gibson’s mainstream movie appearance in Junior Prom was released that same year, it couldn’t overcome the notoriety of the “Benzedrine” record. Gibson’s own drug use led to his decline.

In the 1960s, when Gibson saw the huge success of the Beatles, he switched to rock and roll. By the 1970s, he was playing hard rock, blues, bop, novelty songs and a few songs that mixed ragtime with rock and roll. His hipster act became a hippie act. His old records were revived on the Dr. Demento radio show, particularly “Benzedrine”, which was included on the 1975 compilation album Dr. Demento’s Delights.

His comeback resulted in three more albums: Harry the Hipster Digs Christmas, Everybody’s Crazy but Me, (its title taken from the lyrics of “Stop That Dancin’ Up There”) (Progressive, 1986), and Who Put the Benzedrine in Mrs. Murphy’s Ovaltine (Delmark, 1989). Those two include some jazz, blues, ragtime, and rock and roll songs about reefer, nude bathing, hippie communes, strip clubs, male chauvinists, “rocking the 88s”, and Shirley MacLaine.