Greg Poppleton has been bringing you The Phantom Dancer, your non-stop mix of swing and jazz from live 1920s-60s radio and TV, each week since 1985.

Hear The Phantom Dancer online from 12:04pm AEST Tuesday 8 September at https://2ser.com/phantom-dancer/ where you can also hear two years of archived shows. 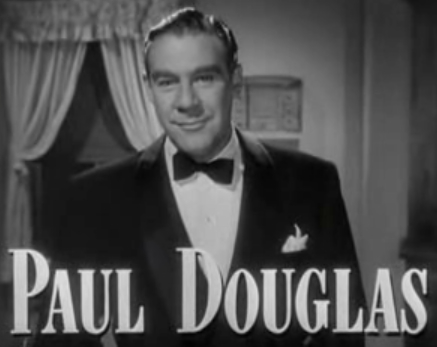 Though Paul Douglas Fleischer performed in dramatics as a student at Yale, he first started in radio,

He began as an announcer for CBS radio station WCAU in Philadelphia, relocating to network headquarters WABC in New York in 1934. Douglas co-hosted CBS’s popular swing music program, The Saturday Night Swing Club, from 1936 to 1939. He was host and commercial pitchman for Chesterfield Cigarettes on swing band leader Glenn Miller‘s 1939-42 CBS radio series.

Paul Douglas made his Broadway debut in 1936 as the Radio Announcer in Doty Hobart and Tom McKnight’s Double Dummy at the John Golden Theatre. In 1946 he won both a Theatre World Award and a Clarence Derwent Award for his portrayal of Harry Brock in Garson Kanin‘s Born Yesterday.

Douglas began appearing in films in 1949. He may be best remembered for two baseball comedy movies, It Happens Every Spring (1949) and Angels in the Outfield (1951). He also played Richard Widmark‘s police partner in the 1950 thriller Panic in the Streets, frustrated newlywed Porter Hollingsway in A Letter to Three Wives (1949), Sgt. Kowalski in The Big Lift (1950), businessman Josiah Walter Dudley in Executive Suite (1954) and a con man-turned-monk in When in Rome (1952). Douglas was host of the 22nd annual Academy Awards in March 1950. Continuing in radio, he was the announcer for The Ed Wynn Show, and the first host of NBC Radio’s The Horn & Hardart Children’s Hour. In April 1959 Douglas appeared on The Lucille Ball-Desi Arnaz Show as Lucy Ricardo’s television morning show co-host in the episode “Lucy Wants a Career”. 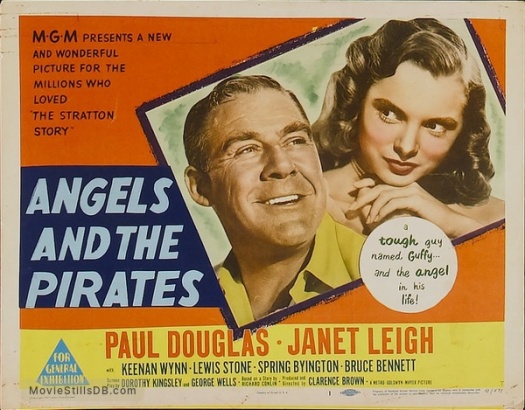 Douglas starred in Clash by Night in 1952 with Barbara Stanwyck.

Douglas was originally cast in the 1960 episode of The Twilight Zone called “The Mighty Casey“, a role written for him by Rod Serling based on his character in Angels in the Outfield. Douglas died the day after production of the episode had been completed. He had been in his last stages of illness during filming, and his severe physical state was apparent on film. (The crew incorrectly assumed that his condition was the result of heavy drinking.) The episode – which was a comedy – was deemed unairable. It was, however, resurrected some months later, and Douglas’s scenes were re-shot with Jack Warden.

Film director Billy Wilder and his longtime co-writer I. A. L. (‘Izzy’) Diamond had just offered Douglas the role of Jeff Sheldrake in the 1960 movie The Apartment that went to Fred MacMurray instead. Wilder later said: “I saw him and his wife, Jan Sterling, at a restaurant, and I realized he was perfect, and I asked him right there in the parking lot. About two days before we were to start, he had a heart attack and died. Iz and I were shattered.”